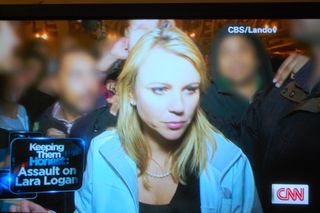 We enter dangerous territory whenever we sit in judgment as to why any of us chooses a particular job or profession. The answers are as personal and as complex as any one individual.

I’m often asked whether being a psychotherapist is depressing and why I would choose to listen to people’s problems all day. I understand why such questions are asked, but they often come from private prejudices based on people’s limited and frequently unrelated experiences.

More to the point is the fact that job choice often reflects the simple need to earn enough money – especially in difficult economic times –or the lack of openings in one’s chosen profession.

Those of us are fortunate who are able to follow our passion and do work that offers self-gratification and allows us to use whatever talents we possess.  Yet, having said that, I know that I could never be a war correspondent and place myself in harms way, even though bringing necessary news to the world’s attention is a noble deed which serves an important role as history is in the making.

In today’s world especially – where the internet, cell phones and television coverage offer instant communication – we witness the atrocities of war more quickly than ever before.  In turn, world leaders are forced to be more visible as they struggle to make critical decisions.

What we don’t see – namely, the diplomacy that may or may not be going on behind the public’s awareness – is not anything that I or any average citizen can comment upon.  However, I do feel the urgency to respond to the recent coverage of the fate of female war correspondents.

Writing in the NY Times (2/20/11), KIM BARKER, a reporter for the investigative journalism Web site ProPublica and the author of a forthcoming memoir “THE TALIBAN SHUFFLE: Strange Days in Afghanistan and Pakistan” recounts how, in 2007, while in Pakistan as a journalist for the Chicago Tribune she was grabbed over and over again,, shouted at, and forced – in self-defense – to punch her attackers, she never complained to her bosses.  In fact, she further states that she “knew other female correspondents who weren’t so lucky, those who were molested in their hotel rooms or partly stripped by mobs … Yet, she and several other female reporters never told their bosses for fear that their stories would keep them at home the next time anything important happened that they wanted to cover.  “I was hardly alone in keeping quiet,” she writes. “The Committee to Protect Journalists may be able to say that 44 journalists from around the world were killed last year because of their work, but the group doesn’t keep data on sexual assault and rape. Most journalists don’t report it.”

Her purpose in telling us this is to highlight what happened to the seasoned CBS correspondent LARA LOGAN who broke that code of silence.  However, we are left asking at what cost, when we read commentators imply that Logan was somehow at fault.  It’s the all too familiar story of blaming the victim!  Kim Barker, though, adamantly states that the attack was not Logan’s fault but the mob’s fault … Despite that, she fears that female correspondents will now be kept away from the front lines.  And while some may feel that would be the appropriate decision given what we now know, Barker’s concern is that women cover women’s experiences in war in ways not accessible to men.  Abused women, she concludes, are often more comfortable talking to other women and their stories are as important as the accounts of battles … She cites articles about those women who “set themselves on fire in Afghanistan to protest their arranged marriages, or about girls being maimed by fundamentalists, about child marriages in India, about rape in the Congo and Haiti.”

Another female reporter, SABRINA TAVERNISE, writes about “REPORTING WHILE FEMALE” and echoes many of the same sentiments in describing “the hazards of the job that most of us experience and few of us talk about.”

As commented in the New York Post by ASHLEIGH BANFIELD (an Emmy Award-winning correspondent for ABC News, who has reported from Pakistan, Afghanistan, Iran and Iraq) :‘’It ain’t pretty being a war correspondent … No one need remind Americans of the hazards that foreign correspondents face almost daily. But it’s a sad little secret shared by many female war reporters that there’s an additional nasty welcome awaiting us at many demonstrations and rallies populated predominantly by men … There’s a good chance we will be groped, pinched, slapped and/or experience severe molestation in a discreetly sinister way. It’s unpleasant … it’s humiliating. … and sometimes a painful nuisance – but it’s not something that’s likely to change anytime soon.  And it’s something many of my female colleagues simply endure in order to carry on doing the job they love … It doesn’t often escalate to the kind of atrocities meted out upon Lara Logan in Egypt, but it can, and it does.  The truth is the garden-variety rally in predominantly Muslim countries is strictly male.  A woman’s voice and presence is often muted in many of the places where the streets are erupting in political consternation right now … Frequently, those rallies are frenetic and angry. The arrival of TV cameras is fuel on the fire … The proximity of women, particularly Western women, can be a recipe for disaster … One of my former Pakistani colleagues confided in me that she would never cover a political street rally because the predominantly male crowd would likely whip themselves quickly into a frenzy and confuse their political angst with sexual opportunity.”

JUDITH MATLOF, author of HOME GIRL writes: “The solution is to prepare women to deal with the unmentionable, rather than taking them off the job. I know firsthand about sexual harassment in the field, having worked for 20 years in places like Rwanda, Chechnya and Sudan, to name a few. I once narrowly escaped an assault in Angola, when a priest helpfully intervened to stop a pair of policemen from marching me and other women into a shed … Lots of people carry guns and few perpetrators are caught. Western women are moreover often viewed as promiscuous game in countries where females are veiled, and no amount of headscarves will protect them. The goons frequently count among the very folk we rely on to do the job — translators, drivers, guards and sources … Fortunately, Logan managed to escape, and I wish her a speedy recovery. She was courageous to go public, and I hope this hideous episode raises awareness in other newsrooms … Obviously no amount of foresight can guard a woman against all eventualities, such as an unruly mob that erupts out of nowhere. Still, editors should not refrain from dispatching women into combat for fear of sexual assault. Instead, they should prepare staff to make informed decisions that help them to cope in case the unthinkable occurs.”

Now that South African born LARA LOGAN, CBS’s chief correspondent for foreign affairs, married and a mother of two children has allowed her story to be revealed, she has brought to light the fact that there is no shame in telling the truth.  Most importantly, we must laud those who, as LARA LOGAN, are the voice for innocent peoples caught in the terror of war, having no other means by which the world would hear them or see them.

When brave correspondents who continue to reveal the horrific secrets of war are themselves victimized, they must not suffer silently, either.  If we encourage silence for those who suffer verbal or sexual abuse – whether in the military or covering military operations, witnessing the overthrow of despots or aware of  abuse perpetrated in families – we are no better than their attackers!  We may not always have the power to protect the innocent, but we certainly should have the wisdom not to condemn them.
Do share your thoughts on this sensitive subject!
Yours,
Linda
*Visit my website @ http://www.applemanshapiro.com/  to learn more about my psychotherapy practice, my work as an oral historian, my memoir FOUR ROOMS, UPSTAIRS and how you may purchase it directly from my website (without any fee for mailing).
Menu