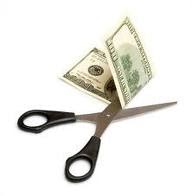 It’s no secret to anyone that our economy is suffering terribly and budget cuts are inevitable and necessary. Yet, when we slash health care availability for all those suffering from physical and mental illnesses, we lose the right to call ourselves anything but short-sighted and inhumane.

It’s especially difficult to understand why even those who are themselves victims of having family members in desperate need of assistance and who have the power to change budgets  do not exert their power to effect such change.  How does Governor Jan Brewer of Arizona,  a long time proponent of mental health services, justify her position in contributing to “dismantling the safety net for the mentally ill” in light of the fact that her son is schizophrenic and was committed to a state hospital over twenty years ago?

As reported by Marc Lacey, Kevin Sack, and A.G. Sulzberger and written by Mr. Lacy in yesterday’s  N.Y. Times, those who understand the mental health system best understand the full impact of how the shrinking of services will not only throw fragile lives into total chaos, but will be directly responsible for an increase in the numbers and intensity of the diseases that will surface and effect us all.

With an increase in homelessness and little or no medication or treatment available to those in need, there will be an increase in self-medication (otherwise known as alcoholism and other drug addictions) – all of which will add to the numbers of senseless crimes affecting not one person, one family, or one community but all of us.

Ironically, Arizona – until last year – was one of the states with the best benefits for mental health treatment until there, too, the services and programs began to shrink.  Not only have there been cuts in counseling, case management, voluntary hospitalization, medications and other mental health services, but Governor Brewer is now – along with governors on both sides of the political aisle – proposing cuts in eligibility for Medicaid, the largest insurer for mental health services.

So, where does that leave us when even a governor seems powerless to help restore a broken health system? After all, she is in the position to influence decisions regarding the allocation of all funding and even she – a mother of  a son who has undoubtedly forced her to experience the darkest side of his disease as well as of that of the entire mental health system – seems unable to influence change.   If not from somone like her, then from where and from whom might we expect help?

Clearly, even the recent horror occurring in Governor Brewer’s state of Arizona merely delayed the announcement of her budget cuts.  The killing of eight innocent bystanders, the injuring of thirteen and the placing of Representative Gabrielle Giffords in a fight for her life changed no laws, offered no new protection.

What is perhaps most disturbing is that we now know that Loughner – the man who committed this horrible crime – displayed many red flags (as I wrote about in last week’s blog) prior to carrying out his senseless acts of destruction.  Yes, many took note along the way, but no one took action, which may have prevented the tragedy from ever occurring.   He was only able to go on his killing rampage because he wasn’t on anyone’s radar.  His ability to purchase a gun compounded by the fact that his whereabouts weren’t being tracked, left the danger he posed essentially unattended.

As Lacey further reports, the governors in Washington, Kansas, Mississippi, and Iowa (to name but a few) have each eliminated millions from spending for group homes, subsidized medications, case management, halfway houses, and crisis intervention.  He writes that “in Arizona, where the governor delayed announcing her budget to mourn the victims of the Tuscon shooting, Ms. Brewer went on to help close a $1 billion budget hole by seeking federal approval to significantly scale back the state’s Medicaid program. To reduce the blow on 5,200 mentally ill people who would lose their health coverage, she proposed spending $10 million to keep vulnerable people on medication.”  Yet, who will decide who is the most vulnerable, the most at risk?  And what will be the consequences when considering the potential human toll in every state of our democracy?

Along with many others these days, I believe that our broken economy and broken health system  are prioritized in ways that make it impossible to raise the bar, to protect those who are ill as well as those whom they may target and victimize.

While we all attempt to be hopeful and find reason to believe that health care benefits will improve and change, I’m left doubting whether change is possible given the current climate, the known deficits and the subsequent decisions that protect only the wealthiest of our citizens and leave the great majority out in the cold.

I look forward to the time when our proverbial house is in order and we commit ourselves to saving the lives of those among us who are suffering and, in so doing, reduce the suffering of all.

Yours,
Linda
*Visit my website at http://www.applemanshapiro.com/  to learn more about my private practice, my work as an oral historian and my book, FOUR ROOMS, UPSTAIRS, which can be ordered directly from the site with no charge for mailing.