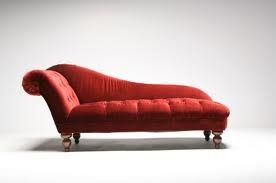 The first time I opened my door to greet a patient (back in the early ‘80s) I was undoubtedly as nervous, if not more so, than my patient. I was convinced that I would be seen as an impostor, someone who hadn’t studied for years, done an internship and received praise for my work. I was sure the patient would be convinced from the moment I said “Hello” that he had come to the wrong address, that I was not the therapist he assumed he was coming to meet.

Now, nearly 3 decades later, I’m able to appreciate the humor as well as the drama of that day. I often wish that someone could have filmed it all then as well as every subsequent session I’ve had since. I would no doubt learn something from each session, appreciating those that made me proud of my work and regretting others that might leave me wishing I had responded differently to a patient, perhaps with deeper insight.

But I have no such footage, only the memories of significant sessions throughout the years.

What I also have now is what some brilliant screen writers and enormously talented actors have made available through HBO – not a documentary, but psychotherapy sessions following the same patients week after week being treated by the same therapist– in ways far more authentic and intelligently scripted than any of the sensation-seeking realty TV shows.

Adapted from a popular Israeli series which won several awards, the first 2 seasons (2008-2009) were translated from the original scripts and changed only to fit American demographics and nuances in language. This year – its third year on HBO – the scripts have been conceived by American writers, but the style is as dazzling and engaging as the ones that preceded it.

I can honestly say that as I sit at home watching the therapy sessions, I feel glued to my TV set, enthralled by the characters, and proud to be in a profession that is so well represented … that is, perhaps, with the exception of the lead therapist, Dr. Paul Weston, played by the Irish actor, Gabriel Byrne. I may be in a minority of one where Byrne is concerned, since he has received a Golden Globe Award for his performance and everyone with whom I’ve spoken seems to adore him. But the character and the actor cause me a fair amount of grief. I see no reason to have cast an Irish actor in the role. I find that his brogue calls attention to how he speaks rather than to what he’s saying and how he’s relating to his patients. His overall manner, in fact, is one that is distracting, nervous, and disengaged.

By comparison, Amy Ryan, the actress who portrays his therapist. plays her role with a great deal of authenticity and authority. Always presently engaged, her eye contact alone is piercing and telling. Her insight is razor sharp and her boundaries are clear and respectful.

What is most admirable about her is what disturbs me the most about Byrne. The man’s boundaries are questionable with nearly every one of his patients; he is as neurotic , if not more so than some of them; and his nervous stuttering and general insecurity leave me wondering why his patients return to him for treatment. But then, patients are people in need of being heard, in need of being able to process their problems, and I suppose unless he is outrageously inappropriate – which this script seems to prevent – most patients don’t have the courage to question their own judgment and they, therefore, remain in treatment.

The actors playing the patients are, on the other hand, totally believable. One feels their pain, their struggle for a better life, and their hope that the therapist will provide the tools to get them to that better life.

As patients everywhere fantasize about the private lives of their therapists, “IN TREATMENT” offers a vicariously rewarding experience, exposing therapists to be exactly who they are – people who have similar struggles, anxiety and pain as do their patients – but people who, in the arena of the therapist’s office, have developed skills that, with luck, help their patients move on and live more successful, less dysfunctional lives.

For those who have never been in therapy, I can only imagine that this program is a fascinating glimpse into the private moments between therapist and patient – moments that will, at best, lead those in need of treatment to seek it after watching this program. For professionals, such as myself, it’s time out for a good laugh, a good glimpse into one’s private mirror of evaluation and an opportunity to see where and how one has succeeded in being an instrument for positive growth in another person’s life and, in some instances, how one can learn to be a better conduit for change.

In any event, I highly recommend this program as a way to enrich one’s understanding of the complex nature of the human spirit and the dysfunction that too often exists within all relationships.

More than most programs, it shows us that when people seek to be healthier and more productive, trained professionals can help them to improve the quality of their lives.

For those of you who watch “IN TREATMENT,” please do share your thoughts and opinions here.

I wish you all a healthy, happy THANKSGIVING.

*Please visit my website at http://www.applemanshapiro.com/ to learn more about my psychotherapy practice, my work as an oral historian and my book, FOUR ROOMS, UPSTAIRS
which can be purchased directly from my website with no fee for mailing.
Menu